Benn & Zoe have a long standing history with La Villa de Teguise and also with the Cantina restaurant. Here they explain how and why

Originally from Surrey, England, we met at school aged just 9 years old! We’ve been a couple since we were 17 years of age, which is half a lifetime. Maybe just a bit more 😉

We moved to Lanzarote in 1992 and were married in the newly restored Church of Teguise not long after that.

Whilst living in Teguise Zoe & I became firm friends of the Cantina owners Andy Leighton, a retired music producer responsible for the Rocky Horror picture show, along with the Morales/Duque family who were co-owners. I had been a regular visitor to Lanzarote as a youth. I was a champion windsurfer during my childhood years and Cantina had always been a favorite hangout for my family. My parents even opened an antique shop in conjunction with the Morales/Duques family.

Our passion for food started at a young age. We were inspired by the early gastropub scene of London and the surrounding countryside. In addition we were influenced by our extensive world travels which included Morocco, Thailand, Australia, Canada & the Caribbean etc. Tired of tourist trap local offerings, we based the Cantina food style on simple, honest dishes using as much local produce as possible.

Zoe’s passion for cooking has evolved over the years, and will continue to do so. That’s why she recently setup the ‘Cantina Lab’.

Each week Zoe works with her kitchen team members, Tomas (Head Chef) & assistant Vicki, to develop new dishes. They recently worked on a great new Vegan sharing board, read more about that here, and stay tuned to see what new specials they come up with next >> Our Menu <<

Cantina Teguise has offered Zoe the platform to share her passion for honest good food. There are too many dishes to choose from if you want think of a favourite, but certainly her most famous delight is the the ever popular Cantina Brownie!

Currently living in Tao, we also have a holiday rental, ‘Casa Botanica Lanzarote’ . We have been lovingly restoring our finca for the past 10 years, furthermore we’ve poured our heart and soul into Cantina and our home, in addition to raising our two children Talulah & Noah.

Talulah is a passionate singer and is now following her career in London. Noah still enjoys his passion for Lanzarote local life, working hard and surfing at the local Famara beach when he can. Above all else our children are our greatest achievements so far.

This historic house (casa histórica) dates back to the 17th century. Whilst Europe was in it’s early modern period characterised by the Dutch golden age. The baroque cultural movement and the scientific revolution, in a quiet corner of the globe close to Africa, village life and  traditions continued. The house was a hub of the village, serving as a shop for hardware and household goods. 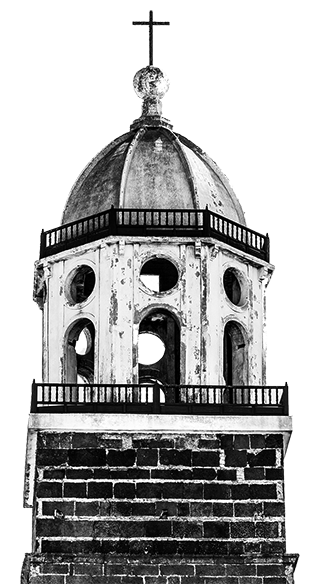 The Iconic Landmark of Teguise

This was a time of great change to the simple villagers of Lanzarote, because in 1730 started the great eruptions of Timanfaya, which are well documented by the Minister Don Andrés Lorenzo Curbelo, whilst he stayed in Yaiza. These eruptions were to last until 1736 with lava covering a quarter of the islands surface.

Later that century great droughts affected the islanders, many of whom emigrated to the south Americas. Also during this century, pirates raided the island and took 1000 islanders into slavery. The castle in Teguise documents these events and that of the pirate history of Teguise village and the island of Lanzarote.

This year there are huge celebrations for the 600 years of recorded history in Teguise. There is no better way to end this blog than in the words of our local mayor..

“We invite all to participate in more than a thousand events, to pay homage to so many who have given their lives for Teguise. For those who have loved our people. We immerse ourselves in our past and embrace the local history, wherever we live, whatever our language we must participate in our community, it is what unites us as a people and as neighbours.”

Stay tuned to the 2018 lanzarote events via the Teguise Ayuntamiento Facebook page #Teguise600AñosdeHistoria . Don’t forget to follow our journey too! >> Cantina Teguise <<

Last but not least, thanks to everyone who has supported us at Cantina Teguise over the years